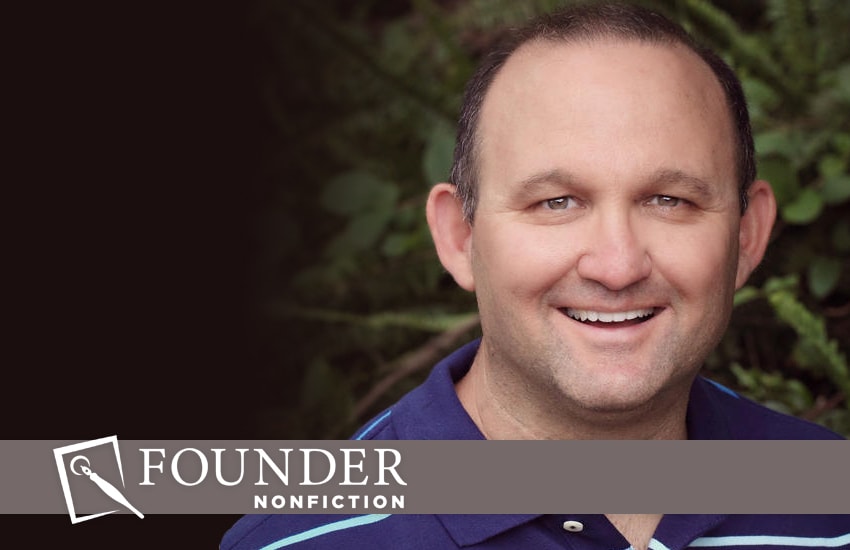 Matthew Grisafe is the owner and president of AV Programming Associates (AVPA), a San Diego-based independent programming company. They specialize in Crestron and Extron programming for everything from residences, to government buildings, to restaurants and hotels, to sports arenas. If there is an AV programming need, AVPA has the expertise to solve it. Matt is also the author of the e-book Home Entertainment and Control at the Tip of Your Finger and the full-length book Our Code, which details the history and practices of AVPA.

Founder was able to catch up with Matt recently to discuss some of AVPA’s recent work as well as what he believes differentiates his company from the rest and where he sees the AV industry going in the coming years.

Let’s begin with a little bit about how you decided to start your business.

You’ve probably heard the saying “necessity is the mother of invention.”  Well, I had found myself in the situation of not having a job, which was the necessity part. But in addition to a necessity, it was also an opportunity—an opportunity to start my own company. The idea of being able to recognize it as an opportunity and go for it is something I talk about several times in my book Our Code. Some people may say I am lucky, but I like that old saying, “Luck is what happens when preparation meets opportunity.” We may have started out of necessity, but really what we did was we grew a business from the ground up.

And it was bare bones at the beginning. The only thing we had was a contact database and a landline. At that point it was out of persistence that we grew our company. I think my schooling in electronics helped, plus a logical mind, an affinity for people, and a whole lot of learning. Also, while at my previous job, I had taken a nine-month course called “Mini MBA,” which came in handy. I referred to the workbook from that course multiple times while in the beginning stages of starting my business.

Once we were up and running, we just built the company one job at a time.

You mentioned your book, Our Code, and in it, you talk about some of those different jobs AVPA has done over the years. Is there a more recent project that particularly stands out to you?

We recently partnered with Land and Sea Entertainment on an incredible integrated beachfront home in San Diego that ended up winning a Custom Electronic Design and Installation Association (CEDIA) Global Award. Just being part of that project was a privilege, and the award was such an honor.

That sounds incredible. What was it like, working on that project, and what kinds of features did you put in the home?

The main thing with a project like that is being flexible and accommodating. There were a lot of things defined at the beginning, but from start to finish—and I say that loosely because we are still making changes to this day—it has felt like a work-in-progress with things always changing on the fly. That happens a lot when we’re working on residences.

In this particular home, the homeowner really wanted this home to be a show piece, but because it’s used as both a residence and a rental, all of the interfaces had to be really intuitive. I don’t think there’s one electric system in the home that’s not on the Crestron system. Lights, audio, security, HVAC—everything.

The lighting is controlled with Crestron Pyng, and it’s a whole-house LED system that also includes outdoor lighting to light up the beach in front of the house for nighttime surfing. The audio system is a Crestron and Sonos integration that performs as well outdoors as indoors, even over the volume of the ocean. It also includes timers and noise abatement features to keep the neighbors from being disturbed during quiet hours. For both audio and video, the home is divided into zones that can be controlled individually or in combination.

As far as security, there are video cameras installed throughout the property, and the video feed from any of the cameras is accessible on the homeowners’ mobile devices or on the touchpanels throughout the home. The touchpanels can also be used to see and speak to anyone who rings the doorbell.

Finally, one of the most incredible features of the home are the floor-to-ceiling glass folding doors on all three floors that span the entire length of the beach-facing side. The view is spectacular, but for privacy concerns, and also to control brightness, full-length shades were installed that can be controlled with the touch of a button. Air curtains were also installed for use when the accordion doors are open, and these are also easily controllable with touchpanels in the home or mobile devices.

Even the spa and fire pits on the ground floor’s patio are part of the integrated Crestron system. Literally the entire home can be controlled from the comforts of the home or remotely with a touchpanel, smartphone, or tablet. It’s pretty amazing.

It seems like AVPA does a lot of commercial projects as well. What would you say is the biggest difference in your approach for a residential project like that beachfront home versus a business project or even a government one?

When I talk to people about the work we do, I usually talk about two verticals. There is residential and then there is everything that is not residential. They are that different. There are a lot of people and companies that will only do one or the other, but we at AVPA have learned to support both.

We have learned to be profitable on either one. One way to help ensure success on each is to follow the same process, regardless of who we’re working for, and this is outlined on our website. For example, regardless if there is a clear scope of work given to us, we will create our own that gets signed and agreed upon to define what we will deliver and what services we will provide.

So, the short answer is that they’re very different, but because we work with both at AVPA, we’ve learned some ways of treating them similarly that enables us to take on all kinds of different jobs.

Obviously, there is a huge technical component to what you do, but it sounds like a lot of AVPA’s continued success—and what has really set you apart in the industry—is rooted in the way you guys build and maintain relationships. Tell me a little about that and what you think AVPA is doing differently.

A company like ours is an independent entity, meaning we are entirely separate from the manufacturers we support, but it is still key to maintain good relations with them. It’s a tight road to hoe, because as these companies have grown, they all have crossed production paths and boundaries, so we have to be careful. In the end, it is our business and we have to do what is best for the company, so it’s important for us to just keep the big picture in mind, no matter which manufacturer we’re working with.

Next, we have our dealers, which are our customers. They’re the ones who are purchasing and installing the product, then hiring AVPA to come out and program everything. We have some customers we have been doing business with since the beginning of our company, and that kind of loyalty is such an honor. That said, as the business has changed over the years, we also have customers who have come and gone.

Ultimately, the most important customer to be loyal to is opportunity and change. I feel that is what sets us apart from the others. We’re a smaller company and are able to adjust to the changing business climate and capitalize on those changes. There are some companies out there, like there’s one I know that’s doing strictly Crestron and AMX programming, and I think they have 40 employees. It’s tough to make sure you have the proper amount of work to keep that many people going, not to mention all the energy and resources it takes just to maintain a staff that big. We had six employees at one point, but now all of my guys work as subcontractors, which keeps us nimble.

How would you like to see AVPA grow over the next few years?

Most of the work we currently do is with Crestron programming, but we also are certified Extron programmers, and I would love to see us expand the Extron side of the business more. Extron competes in the same space as Crestron but they each have specialties.  Extron is big in the education market, and we see that as an opportunity to create a different revenue stream so we’re not putting all our eggs in one basket.

It’s not happening as fast as I’d like, honestly, and that is frustrating. We’re not finding the amount of Extron work I would have expected us to be finding by now, so we’re trying to figure out why that is and hopefully change it. The programming for Extron is easier than it is for Crestron, and so it’s possible that dealers are doing the programming themselves rather than hiring independent companies like AVPA. If that’s the case, then it will be on us to educate dealers on why they still need us.

It can be frustrating to have best laid plans that don’t go the way you want them to. But you still have to plan! You have to have something in mind, or you won’t ever get anywhere. I think all business owners have to face challenges like this—they’ve built something around what they love to do, but things aren’t always going to happen as expected. It’s another reason why being flexible and nimble is important for us, and for any business owner, really.

It seems like that flexibility is especially important for any company in the technology industry, which is constantly changing. Where do you see the AV industry heading in the near future?

The AV industry has been merging with IT for the last 10 years, and more and more, everything is turning to streaming. That’s where it’s going to be. The signals and switches as we know them today are all going to be run over the internet instead of using typical audio and video signals. You’re already seeing it in homes where people are getting rid of cable boxes and switching to streaming. That same concept is expanding into everything AV-related.

What do you think of consumer smart home gadgets like Amazon Alexa? How does the rising popularity of those devices affect your business?

It’s interesting how often this is starting to come up. The short answer is that it’s great for us. For the Alexa and for Google Home, we are incorporating them into our solutions. And the competition doesn’t bother us. It’s like gas stations built next to one another. More competition provides you the opportunity to streamline your services and to focus on what differentiates your company. You can’t be everything to everybody. Look at In-N-Out Burger and how they’ve stayed popular and competitive among all the other options. They stick to what they do well, and they stand out.

We believe that as more people are introduced to home automation, it only whets their appetites for more. 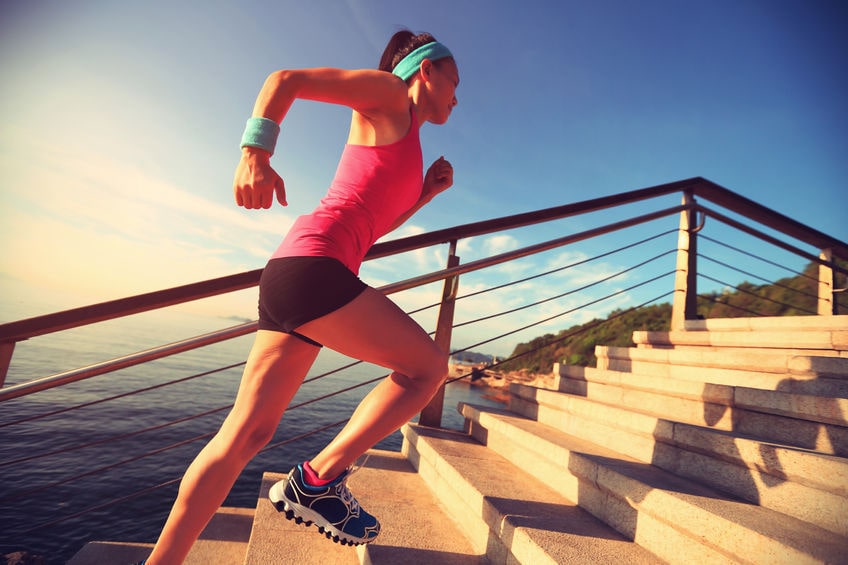 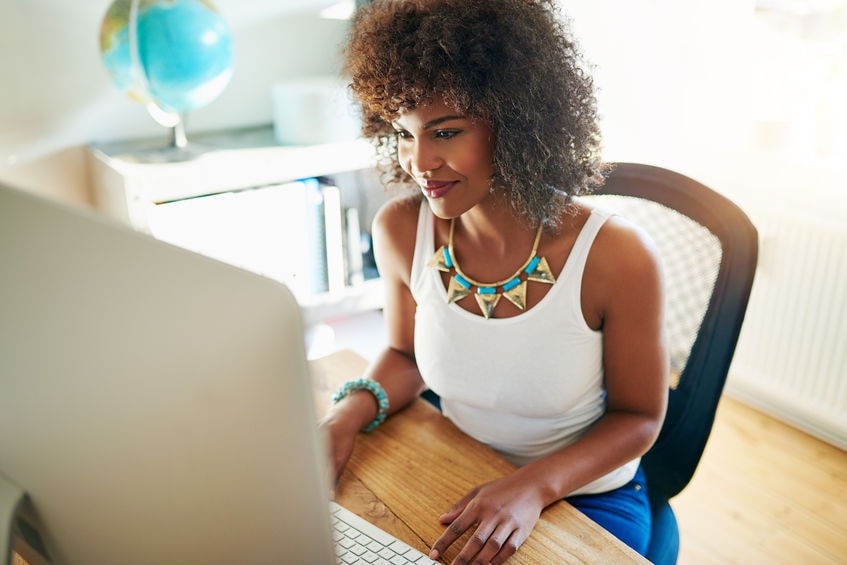 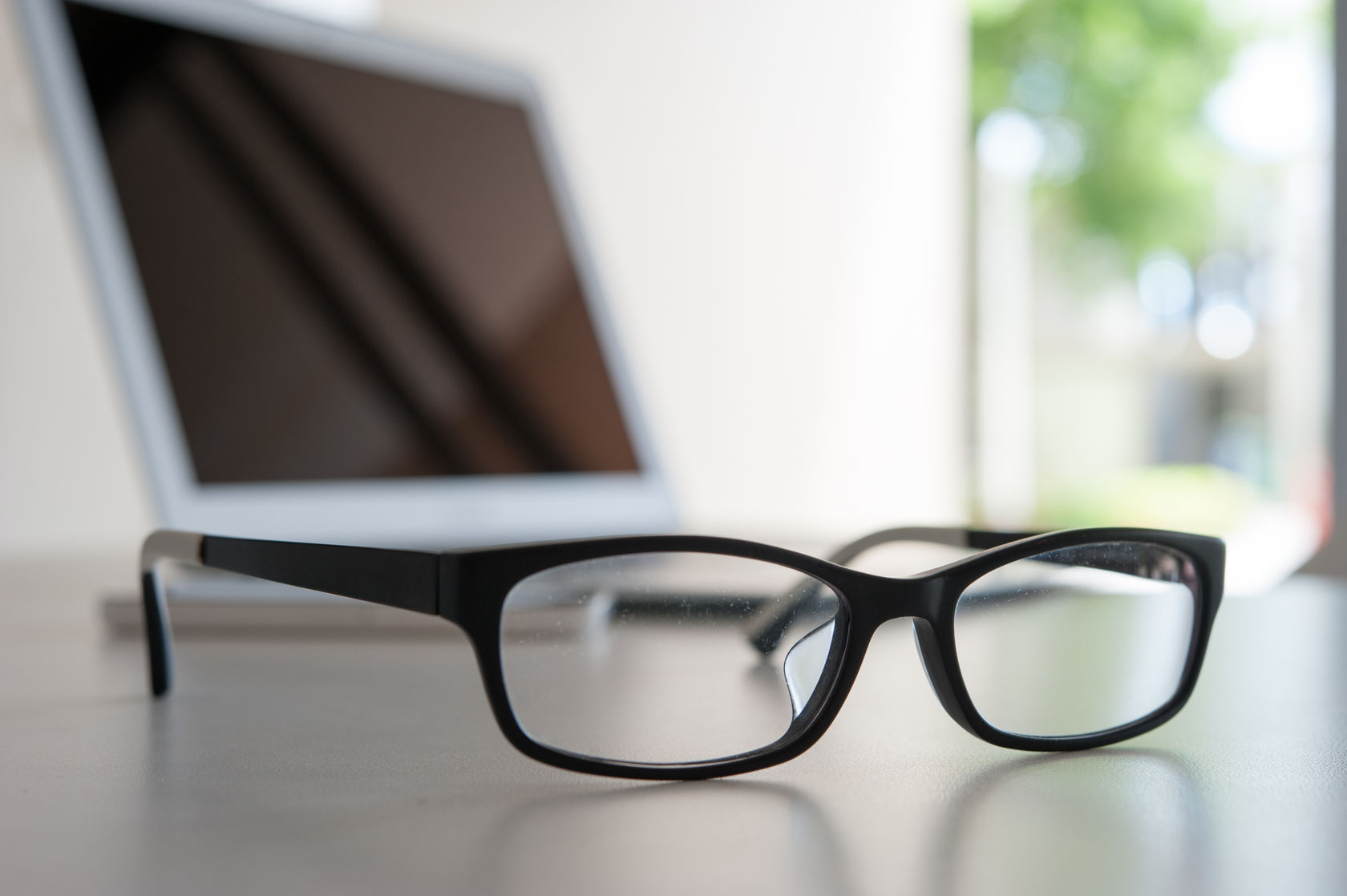 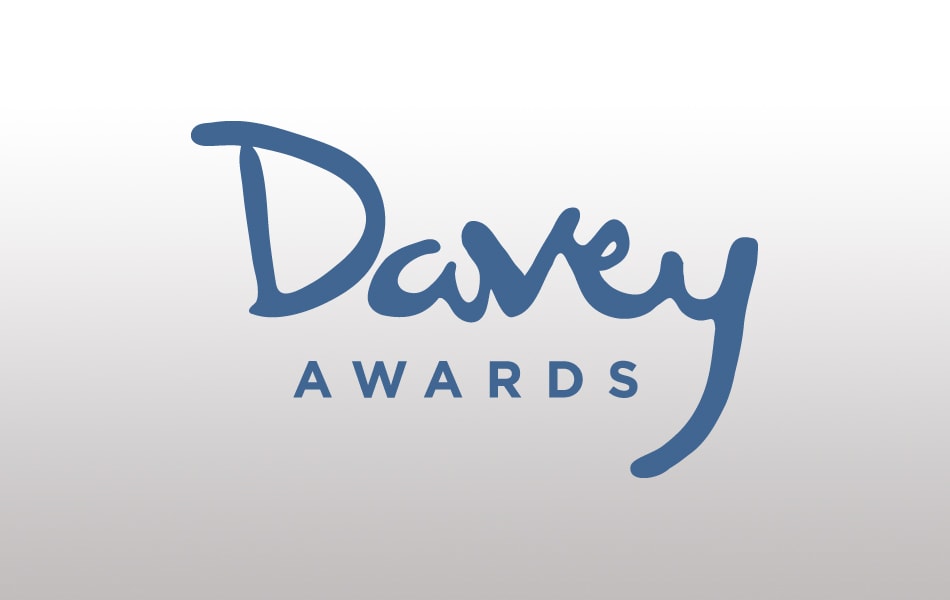 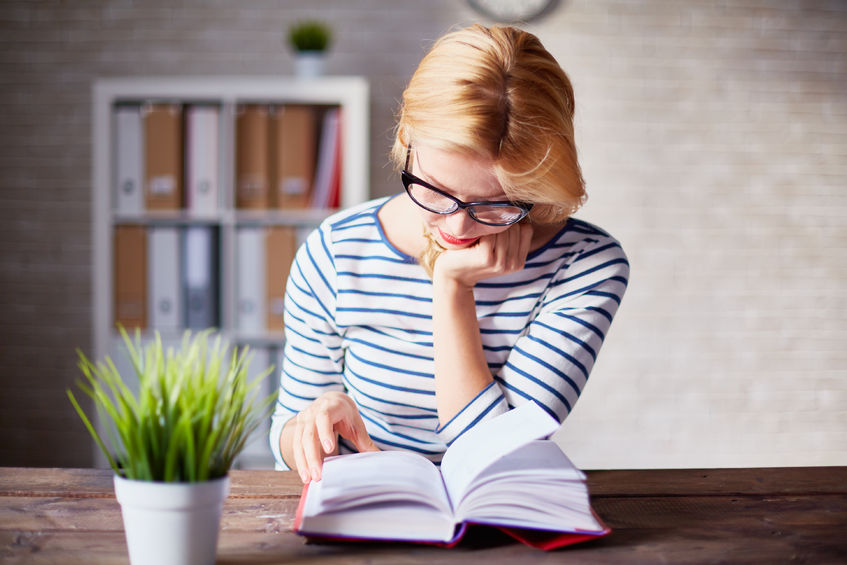 Business Books: We Do Judge Them By Their Covers 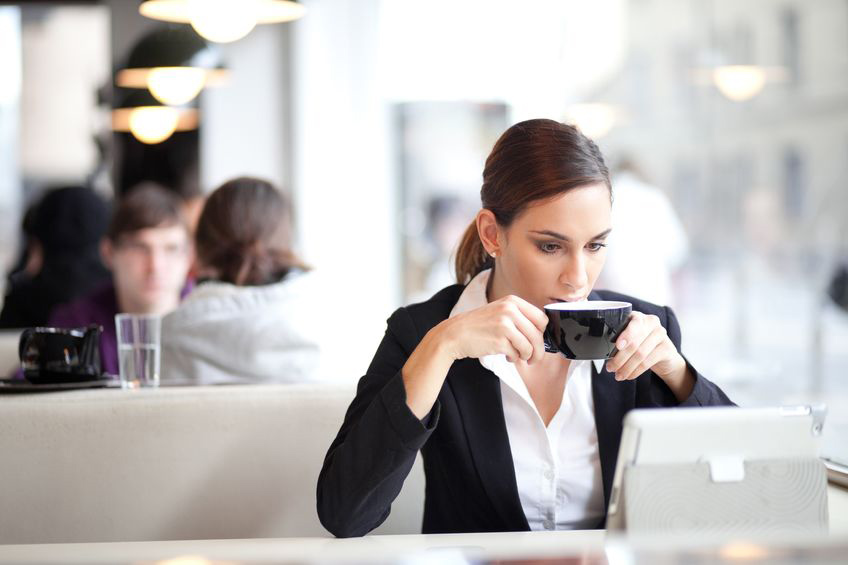 When Short-Form E-Books Are the Best Choice