Tips Pro Speakers Use to Ease Their Jitters While on Stage 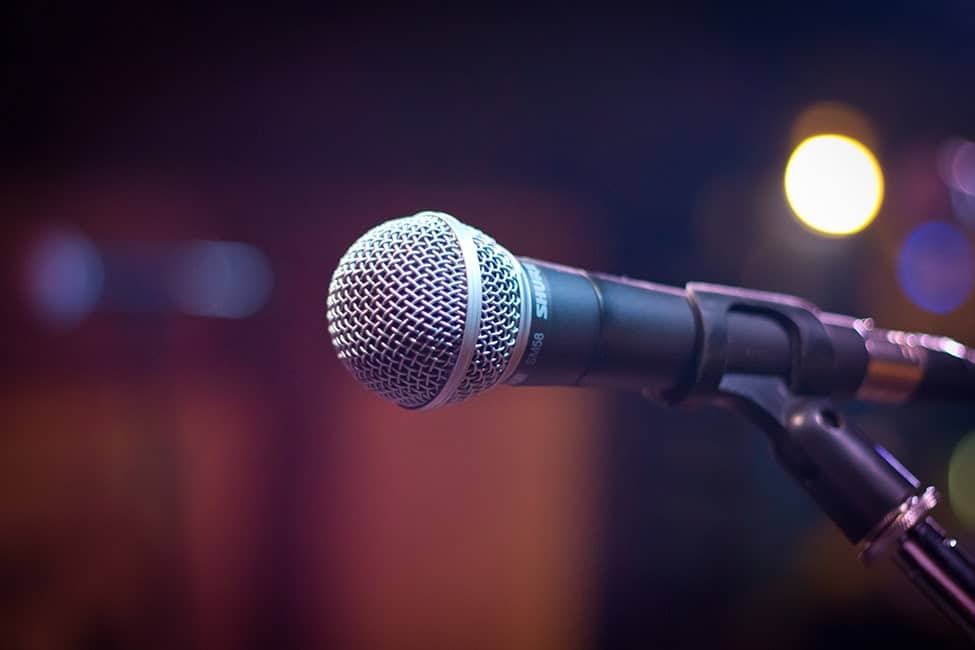 It’s often said that the thing people fear the most is public speaking. Whether or not this is true has been fairly hotly debated, but what is true is that getting up and talking in front of an audience can give even the most seasoned speaker a case of the jitters.

That said, the difference between a professional speaker—someone who earns a living speaking at events, workshops, and conferences—and someone who gives an occasional presentation in front of co-workers or similar small group is that the pro speaker knows how to effectively overcome their fears of the stage. Here’s how they do it.

They Know Their Speeches Inside and Out

Generally speaking, we’re more nervous the first time we do something than when we do it for the tenth, twentieth, or fiftieth time.

Take driving, for instance. When you first get your license and head out on the road, you’re ultra-aware of everything going on around you. Yet, after you’ve been behind the wheel a few times, you become more relaxed, sometimes to the point where you’ll drive somewhere on autopilot, not really remembering the trip.

By taking this same approach with your public speaking events, by practicing them nonstop until you know them inside and out, you become more relaxed on stage. You don’t worry as much about what you’re going to say next because you’ve said it so many times during your practice sessions.

How many times should you say your speech before giving it in front of a group? As many as necessary for you to develop enough comfort to flow through it without any major problems. Once you can do that, you’re ready to get on stage.

They Record Their Practice Sessions

Some pro speakers also record their practice sessions, especially when first starting out. Why? Because it helps you identify behaviors that you may not notice when you’re super focused on what you’re supposed to be saying.

For example, do you say “ah” or “um” a lot when you speak, filling the pauses as you think of our next topic or sentence? Or maybe you tend to talk with your hands, an action that can enhance your speeches, yet also detract from them if you do it too much. These types of things will really stick out as you play the recording back.

Essentially, you get a firsthand look at how others will see you when you’re on stage. It may be a bit hard to watch at first because you’ll likely want to critique absolutely everything you do, but it also enables you to make changes before you “go live” in front of a group.

You don’t need a bunch of fancy equipment to record your practices either. A smartphone, tablet, laptop, or desktop all work just fine. As long as they have a camera, you’re good to go.

They Use Visual Cues

Even the best of speakers sometimes have off days and forget what they wanted to say. It’s times like this that visual cues come in extremely handy, serving as a reminder of what they need to talk about next.

Perhaps the most used visual cue is a PowerPoint presentation. Not only does this have the ability to contribute to your speech in a way that captivates and entertains the audience, but if you forget where you wanted to go next, simply advance to the next slide and you’re right back where you want to be.

Another option is to have a note card nearby that has one or two-word prompts placed in the order you want them to appear in your speech. Though you may be tempted to make these phrases longer, this can actually work against you because, while you’re busy trying to read your lengthy notes, the audience will just be sitting there staring at you.

If you use props at all to tell your story or convey your idea, these can also help you stay on track. Figure out which option works best for you and, before you know it, you’ll be walking back off stage and telling yourself, “That wasn’t so bad!”